Is abstinence until marriage a totally foreign concept to you and your teen? And why shouldn’t it be? Everywhere teens look their society, culture and media are giving them one clear message. Sex is great. Do it now. Do it often. Plus there’s the constant pressure teens face from their peers to grow up, join the party, and act like an adult.

So if they want to have any fun, they’d better start having sex now, right? Small wonder so many teens are cashing in their virginity for sexual activity. What they’re missing is an understanding that temporary pleasure of having sex before marriage can bring long term consequences.

Today’s teens face unrelenting pressure to be sexually active despite the fact that it poses many, if not more, risks than alcohol or drug abuse. First Defense provides an alternative message—that saving sex until marriage is possible and optimal. Sexually Transmitted Diseases (STDs) and teen parenting derail healthy emotional development, educational opportunities, and financial stability. Dreams are curtailed and potential is hampered. No benefits—to the individual or society—are gained from teenage sexual activity.

Statistics indicate that if current sexual activity trends continue among teens, nearly 75% will contract Human Papilloma Virus (HPV), which is the leading cause of cervical cancer, and condoms don’t protect against HPV.

As of 2003, 18% of 15 year old girls in the U.S. will give birth before age 20. Sixty percent of those will drop out of high school if they choose to parent. Babies born to teen moms are more likely to have health problems and less medical care; suffer more neglect and abuse; be economically disadvantaged and end up in foster care.

Such statistics should encourage parents, educators and society to promote abstinence until marriage because it prevents STDs and unplanned pregnancies, and it cultivates self-discipline, emotional stability and long-term thinking skills. 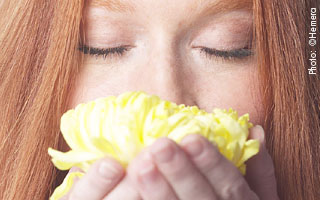 The mission of First Defense is to provide state mandated abstinence until marriage education for Brevard County high schools and middle schools. We are fulfilling this mandate by working with Life Management teachers in the schools. By developing 5 day workshops for high school and 3 day workshops for middle schools, we are collaborating with the school system to provide much needed material and help for teachers. As a non-profit organization, First Defense receives it operating expenses from individual and private foundations. We receive no funding from the federal, state or county governments and we provide our services free to the public schools.

Approximately 4,000 students between the ages of 14-18 have participated in these classes this school year. First Defense seeks to break the cycle of ever-increasing sexual activity through out a teen’s life. Of the 16% of self-reported sexually active 9th graders, 80% will be motivated to return to an abstinent lifestyle. Of the 37% who are undecided, 95% will choose abstinence until marriage, as will the 26% who are saving sex until later.

Finally, of the 100% of those who have already chosen abstinence will not only be empowered to stand firm in their decision, but will be role models for their peers.

We are continually in need of volunteer educators. You will be trained to make classroom presentations not more than 2 times a month. If you are interested in attending the next training, contact First Defense Abstinence Education, Inc, (321) 674-3823 or firstdefense1@msn.com