Bruce Wilkinson’s recent bestseller The Prayer of Jabez shined the light on an obscure Old Testament character who unleashed a powerful petition to the God of Israel that had a dramatic impact upon his life. A key portion of the prayer was Jabez’s request that God would “expand his territory.”

What this meant, explained Wilkinson, was that Jabez sought broader and deeper opportunities to be of service to God and to humankind.

Each person or organization who takes on a new endeavor, pursues a dream, implements a vision–each one is, in their own way, seeking to “expand their territory.” Reaching a bigger audience. Adding diversity to its clientele. Touching new markets. Expanding product lines. It is human and organizational nature to raise the bar and seek to go to the next level.

Here at GreenBrevard we recently have seen an “expansion” of our territory by launching a sister online publication, GreenOrlando. The concept for the City beautiful is the same as the effort we launched on the Space Coast six months ago: to spotlight and encourage the persons, organizations and businesses doing great and community-improving things–but in this case, within the popular Greater Orlando area. 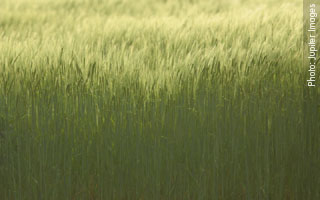 To that end, we are following a similar strategy. We are networking with the key gatekeepers, activists, officials and citizens who have their finger on the pulse of Orlando life, drawing them into partnership with the online magazine. We are creating a community forum where those who hold Orlando dear can discuss important quality of life issues and shape a better tomorrow for Central Florida.

GreenOrlando is also built on exiting new technology – the world of blogs. A blog is a web-log, a journal usually written by one person, often mundane, sometimes relevant. The world of blogging got international attention during the heated 2004 Presidential campaign, as someone almost instantly recognized a document from the Kerry camp as being a forgery. The power behind this revolution in media is that we all can become the media.

What makes GreenBrevard, and now GreenOrlando special, is that these publications are written not by one person with a singular perspective or agenda, rather they are written by the community.

GreenBrevard and GreenOrlando exist to promote our communities, build connections and share stories about people and groups who work so hard to make Central Florida what it is.

As we see development in the region, it is cause for alarm. I recently spent 3 days driving back and forth to Disney. This took me straight through Kissimmee, and I have to say that the blight of development, tourist traps lining this corridor, are examples of what happens when no foresight or caring eye goes into growth. Light after light for miles on end I endured strip malls, outlets, fast food amid construction that makes driving the I-4 corridor from Orlando to Tampa a happy-go-lucky jaunt.

Where are we going? What will happen to Brevard county if we do not work together?

Yet upon this backdrop, we see the need to continue publishing these words and articles. It spurs us on to do more, and I hope you will join us and get involved in some way locally.

We are greatly excited as we experience this new territory, and we know it is just the beginning. The Green Publications have only just scratched the surface, and we invite you to continue to partner with us as we seek to encourage multi-dimensional, intentional living in communities within and beyond Central Florida.