Has this weather been amazing or what? Once again, spring is upon us. As I watch the weather around the nation it really makes me feel blessed to live here in Brevard County. This past winter has to be one of the most mild on record for Central Florida, but for most of the country it has been a season of extremes.

The 2004 Hurricane season kicked it all off. Then landslides in California, flooding in Utah, blizzards in March and several wicked winter storms made for a difficult winter. As tsunami in the far east and accompanying earthquakes hammer the region it has to give us all pause. We are not as in control as we like to believe.

It’s easy to look at all the bad weather, all the bad news happening and be depressed. As spring shines upon us, I am instead filled with hope.

Yes, there’s much to be concerned about, but there are so many amazing things happening as well. I think we’re in a very intense season of change, the 21st century is really starting to take shape as we throw off the shadows of the past.

The industrial revolution has raged on our planet. Oil economy is playing itself out and much of the turmoil we see going on in the world is connected to all this.

For 30 years we’ve realized and lived through the negative effects of a world powered by oil. For over three decades we’ve known that cheap oil will not last forever. But aside from the economic equation, we are counting the costs this inflicted upon so many. Health issues, environmental concerns, pollution, ozone depletion and global warming all scream out. We have got to change. We can no longer ignore reality. We have got to work towards a cleaner future.

Recently President Bush declared that America has got to achieve energy independence. But why is change so slow to come about? I am very excited about alternative energy and think that we should all demand a better solution today, not ten years in the future.

For starters, what barriers are preventing us from using bio-fuels widespread? I’d much rather give my dollars to farmers in Iowa for ethanol. Who wouldn’t? In the 1970’s after the gas crisis, VW produced Rabbits that got 50 miles to the gallon. Why does my Honda, 25 years later get 23 mpg?

For the short term, we need to used biofuels over oil, we need to conserve and we need to decrease demand. If you commute, why not drive with a buddy? As you drive home in traffic today count how many cars have more than one person. Energy independence is so easy to make happen, we’ve just all got to do a little bit. Work from home one day a week. Trade in your guzzler for something with better efficiency. If we all made a little effort it would make a huge difference. 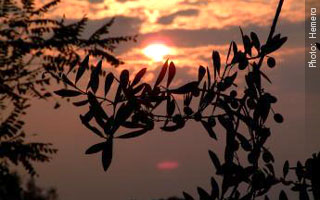 In Florida, the Governor and the Department of Environmental Protection (DEP) is cranking out exciting news every single day! A hydrogen filling station is being built at Orlando International Airport to power shuttle busses and TUG the people who make those little trucks that move baggage and planes around now offer a Hydrogen powered version. I say, why not Brevard? Why not replace all our SCAT busses with Hydrogen powered versions, and sell what we have, while there’s still a market for them.

Must we wait ten or fifteen years to make this happen? I think not. Who are we Brevard? I think the Space Coast is known for being innovators in technology, pioneers in spirit. I think we can lead, today. That’s what Brevard is to me. As I meet so many people in our county who feel the same way, I am filled with hope. I’m excited about a future that’s been delayed fro thirty years and like Robert Zubrin, President of the Mars Society, want to see it happen in my lifetime.

Eric Needle is President of GreenBrevard, GreenOrlando and other locally focused variants (in the works). Write him at eric@greenbrevard.com