Who wins the food fight? You might be right if you said that low fat dieting is outdated and low carb dieting is just a fad. Most of us are waiting for the final answer. Don’t be surprised if your doctor doesn’t even know which direction you should turn for healthy weight loss.

Cutting back on dietary fat has helped millions of people shed unwanted body fat for as long as we can remember. I myself have said no to butter and cheese and reaped the benefits of a slimmer figure. So why have we turned our backs on this proven method in lieu of the new carb controlled craze? I’ll tell you why I did.

I’ve never had a weight problem. Unless you want to call not being able to squirm into my skinny jeans a problem. I’m a 28 year old educated woman. I exercise and I try to eat right. And until recently, eating right always meant low fat. I could eat whatever I wanted to as long as I didn’t eat too much fat. Low fat chocolate pudding, Jello and white rice were all super market staples for my kitchen. I could even go really low and lose weight if I needed to fit into a skimpy bathing suit or win a weight loss challenge with a friend. I even lost 10 pounds once during an extreme low fat diet. It was miserable. My stomach howled with hunger. I had very little energy and my usual workout routine suffered. A typical day went something like this: corn flakes and skim milk for breakfast, canned tuna fish on white bread for lunch and some sort of low fat T.V. dinner at night. I snacked on things like crackers and bread. My totals were around 30 grams of fat per day for 2 months. When I cheated it was because the McDonalds drive through won a battle over my hunger pangs. I cheated quite a bit on fast and convenient foods, but I still slimmed down.

It took me two years to gain the weight back. It was then, that I entertained the idea of a low carb diet. By that time I was wiser and more educated about health and nutrition. I started to see that I, like many Americans did not eat enough protein. My fats, when I allowed them, came from fast food and desserts. I was eating way too many processed foods. I learned that the way I was eating was unhealthy, but I was certainly skeptical of a diet that said you could eat fat and lose weight. I admit… for a long time I just wanted the fad to go away. 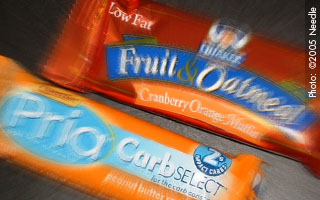 I had taken ownership of a Curves franchise, when I had to pay low carb dieting some serious attention. After all, I was teaching the dieting methods of Curves founder Gary Heavin to my members and those methods included cutting carbs. It was working for them in more ways than one. They were losing weight and getting healthier. They boasted lower cholesterol levels and increased energy. Of course, my members were also exercising, but the benefits of limiting carbs were undeniable. Not to mention the new acceptance it was gaining in the medical community. Converted nutritionalists were speaking out and I was listening. The evidence was everywhere I looked. After I did my research, I set the date and on one Monday morning I woke up to a veggie omelet with a side of bacon.

What has changed since I decided to go low carb over 6 months ago? Everything! I’m seven pounds lighter. My appetite is finally under control. I eat vegetables with almost every meal and fruit is my new dessert! My favorite snack food went from low fat Cheez-Its to real cheese. I actually get to eat real cheese! Contrary to popular belief, my diet does not consist of pork rinds, bacon and cheese. I went low carb for health and that’s the only way to do it. Moderation is key. But when it comes to calcium packed cheese, some is much better than none.

Are you noticing anything besides a shift from low fat to low carb? I’m eating less processed foods. Now there’s where the controversy should be. The real enemy is preservative laden junk food. The artificial ingredients and chemical additives are causing significant health problems that are largely ignored in this country. Sodium nitrate, a highly carcinogenic chemical that causes cancer, is found in most packaged meats. Did you know that? If sodium nitrate made a person fat you might.

I would encourage everyone who wants to lose weight to do their research. Most of us know what type of food is healthy. Take a look at what you are eating now and be honest with yourself. Can you pronounce the ingredients on the label? Are you getting enough vitamins, minerals and antioxidants everyday? Are you hungry all the time? If you answered yes to these questions, low carb dieting may be good for you. Only because it worked for me, can I say that I recommend it to you.